YourStory is India’s largest startup-focused digital media company. It publishes stories about entrepreneurs and change-makers. YourStory offers a glimpse into the emerging trends from India’s booming entrepreneurial ecosystem. It has published close to 60,000 stories and helped more than 50,000 entrepreneurs access networking and funding opportunities.

We got into a conversation with Aaron, the Digital Head of YourStory. Here are few interesting insights: 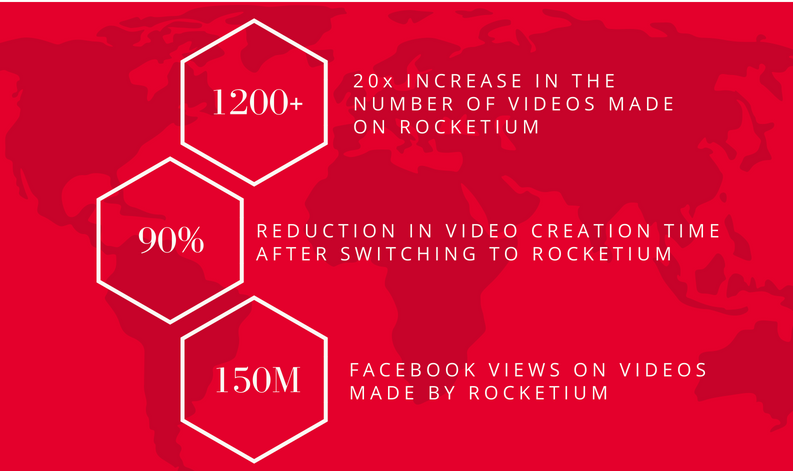 In India, YourStory goes toe-to-toe with the likes of TechCrunch. Their followers love the stories and look forward to more and more of their content. Initially, the writers focussed on articles to share their stories. But they soon realised that in today’s fast-paced world, time and attention are 2 very precious assets. The way their content was presented had to evolve and adapt from the traditional article style, especially on platforms like Facebook.

It is common knowledge that social media is a battle ground for videos. Every media house fights for the viewer’s attention on social networks. So, for YourStory, it wasn’t just about pivoting to video. The bite-sized video format helped them improve the experience of how their followers consumed their content. It was short, informative, attention grabbing, and most importantly, fun to consume!

However, they had the usual challenges any media house faces when they are transitioning from articles to this format:

Tools like Adobe Premiere Pro, Final Cut and iMovie require a certain level of expertise due to their steep learning curve. Not only are they complex to learn, it takes quite long to get used to the tools and become efficient in their usage.

The process of content creation followed in YourStory is – ideating, scripting, designing, and finally producing videos, with multiple reviews in between. This turned out to be really time consuming and involved multiple people.

Apart from the monetary costs, the amount of time taken to produce one single video was a real bummer!

YourStory relied on emails for all the communication – reviewing of scripts, videos, sharing of ideas, corrections, etc. This was highly time consuming and involved dependance on multiple tools and platforms.

… and above all making it look professional!

YourStory was looking for a simple online video making solution that adapted to their existing workflow, but automated the video making process.

“Rocketium made it Easy”

YourStory’s mission is to highlight stories about Indian entrepreneurs and share them with the entire nation. While they continue to write articles, they simultaneously use Rocketium to create highly impactful videos to engage their audience on social media platforms like Facebook, Instagram and Twitter.

“We did not create short form videos at all. But with Rocketium it was a breeze!  We just had to approach the video script like an article and the tool churned out a beautiful video”

Their videos range from 2-3 minutes and primarily focus on conveying interesting stories from India’s budding start-up ecosystem. They convert their existing articles to videos by importing the text and images, using Rocketium’s built in Notes feature. This was supplemented by Rocketium’s built-in library of royalty-free and UGC media assets.

Rocketium also enables them to automatically translate English videos into regional languages to help them increase their reach across multiple cities in India.

How Rocketium became an integral part of YourStory’s Content strategy

In a matter of months, YourStory’s content team of 3 editors scaled their video production by 20x. They went from 5 to ~100 videos a month without increasing their team size!

Rocketium has helped YourStory increase their overall social media video engagement (likes, comments and shares on their videos) and reach (more impressions and views) across Facebook by more than 40%.

“Rocketium reduced our video production time by 90% & costs by over 75%. The team did not have to learn complex & expensive video editing tools to create videos. We didn’t even need to hire experienced video editors since our existing content team created stunning videos”

The scale at which they are able to produce these engaging stories has also allowed YourStory to start 2 new Facebook pages for their non-English audience. In a matter of months, the followers for these pages increased exponentially – more than 500,000 for YourStory Hindi and 200,000 for YourStory Tamil!

Inspired? This could be your story (pun intended) too! Sign up for Rocketium now!