Video is killing it on social media, and it is no surprise. Videos engage, inform, entertain, and successfully convey your message in a way other mediums struggle to. In fact, Twitter videos are becoming increasingly central to the real-time conversations that happen on the microblogging platform.

Adweek analyzed Twitter’s annual online video playbook and created a delightful infographic. Here are a few stats from it:

Twitter video consumption is on the rise and will continue to grow as the network develops new features for users and marketers.

Here are some practices you can follow to make sure your Twitter videos perform well and gain traction. Do note that following these is not an absolute necessity, but since they’ve been tried and tested by many businesses, it is a good practice:

Twitter supports all 3 formats – landscape, square, and portrait. As a marketer, you want your viewer to watch your video without any distractions. This ensures your viewer understands the message you want to convey. To reduce distractions, your video must take up the maximum real estate of the screen.

Square and Portrait videos are the best formats for Twitter 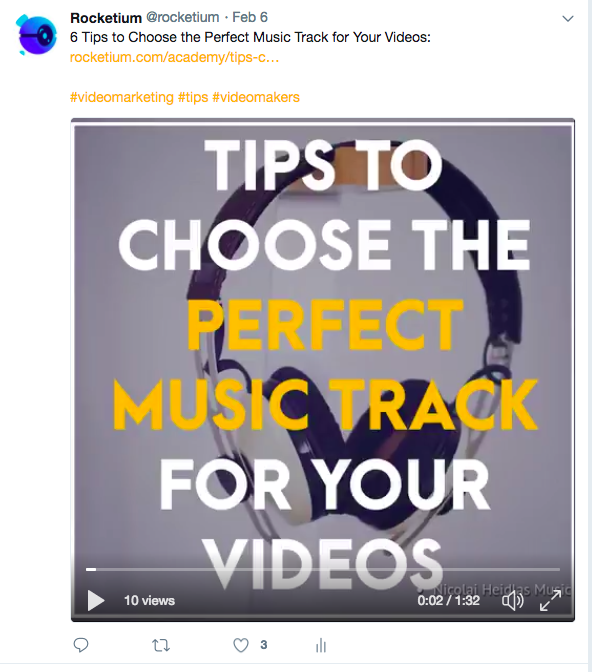 Twitter supports a maximum length of 140 seconds. But you need to grab a user’s attention quickly, especially on Twitter. If the first few seconds of your video fail to do that, then the length of your video does not even matter.

To use a Twitter video to teach your audience something interesting about your brand, you can extend the video to up to 90 seconds. If your content is gripping, viewers don’t mind watching lengthy videos.

To use Twitter videos to generate leads, create short videos up to 30 seconds on topics that makes the user click on your brand or the CTA to know more.

Include your brand logo in your video. By doing this, you increase purchase intent by 9%! Here are a few other tips to kill it in Twitter videos:

Twitter videos are set to autoplay without sound. The text has now become an integral element of videos on social media. As a social media marketer, you cannot ignore text-based videos. With the abundance of online video making tools, you cannot even have excuses like “video making is time consuming and expensive”.

Twitter really is all about having conversations. Pick a trending hashtag, and either start your own conversation or join one. Hashtags are an easy way to get your videos in front of a wider audience, and not just the people that are following you.

Reply to queries with a how-to video or live video message as this is much more engaging than a generic message.

Videos around live events have known to increase brand favourability by 63%.

Lowe’s and BBDO New York delivered this on the Fourth of July, 2013:

People love fame. Create a campaign where you ask your audience to submit fun videos around a brand-related theme and then reward them with goodies and vouchers. User-generated content campaigns receive a lot of traction and can take your social media marketing to the next level.

👉 Continue reading: Why video and UGC are marketing wins

When people are in the first few frames of your video, viewer retention doubles!

Short, people-focused videos can help tell your brand story and introduce your people to your customers. This is also a wonderful way to create testimonial videos and success stories.

Periscope lets anyone broadcast live video via Twitter. You can do this while you’re attending a fun promotional event representing your brand or if you’re hosting twitter in-stream video. Give people a sneak peek of what your business is really like by creating Periscopes of industry events, special launches, or product tutorials.

A typical twitter video could be either of the 4 types, depending on your Marketing goal:

You can use the Twitter app to record videos through your device’s camera, and then upload it from within the app. In fact, there are talks that Twitter is working on a Snapchat-style video sharing feature.

Live video is the most immersive way to experience what’s happening around the world. From monumental moments and sports events to celebrations and things that make you LOL, it is very easy for you to broadcast a live video straight from the Twitter app.

Once you’re live, anyone on Twitter and Periscope can join your live video and participate in your experience.

Twitter allows brands to run video advertisements to those looking to target and engage with their customers on Twitter. All promoted video tweets show up in targeted users’ feeds and have the label “Promoted” added to it. 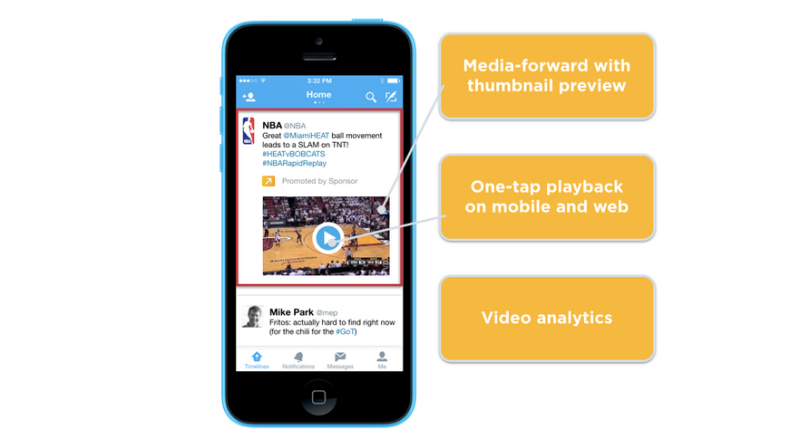 10 Reasons Why E-commerce Businesses Need To Invest In SEO